More4kids
Add Comment
Opinions about video taping or photographing child birth vary widely. There is no right answer. It is a matter of personal preference and your own comfort level with the idea of being filmed during birth. Here are some tips for capturing the childbirth... 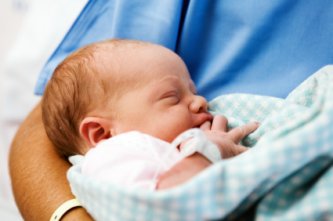 Opinions about video taping or photographing child birth vary widely. Some women want to capture the miracle of birth on film. Others are completely turned off by the idea and would never even consider a camera in the room for the birth. There is no right answer. It is a matter of personal preference and your own comfort level with the idea of being filmed during birth.
What if you aren’t sure what you want? This isn’t an issue that you can revisit after the birth. If you don’t take pictures or film and regret it later, there is nothing you can do. Women that are undecided may choose to film the birth and then discard the photographs if they are upsetting or something they wish they had not done.
If you are planning to video tape your birth, this is not a job for your husband or partner. You will need him to be focused on you and not the video camera. In order to allow your coach to focus on you, it’s best to have someone else work the camera. Consider asking a friend or family member that would be willing to do the job. Choose someone that you are comfortable with, since he or she will be present for your labor and birth.
Tips for Great Pictures and Video Taping
If you are planning to film your birth, be sure to discuss it with your health care provider. The time for this conversation is not when you are in active labor. Talk about it at one of your prenatal visits. Ask the doctor’s policy about filming the birth. Some won’t consent to taping in the event that something was to go wrong and the tape later used in a law suit. Families have used video in the past in litigation against doctors.
Check with the hospital as well as the doctor. In some cases, the doctor may be willing to allow the birth to be filmed, but the hospital has a policy against it. The reasons are the same as a doctor’s policy against taping, the fear of litigation. Some hospitals forbid all video taping. Others will allow it, but you must agree to turn off the recorder if asked. This will generally only happen if a problem arises.
If your hospital does allow video taping, you may need to get permission from anyone that would be shown on the tape. This includes not only your doctor or midwife, but the nurses working in the room as well. if any of them don’t want to be shown on the tape, be sure to instruct the photographer to keep them out of the frame.

How to Create a Pregnancy Birth Plan

Cord Blood Banking – Is It Worth The Investment?
How To Calculate Your Due Date
Comment