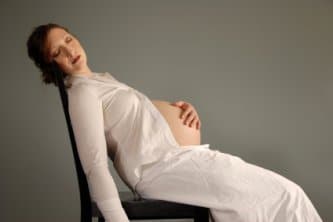 More4kids
1 Comment
The decision to have a baby is often filled with a variety of different emotions. One of the most common symptoms of early pregnancy is fatigue. During the early stages of pregnancy, your body is trying to work double time in order to keep up with all of the changes that are occurring...

One of the primary reasons for extreme fatigue during early pregnancy is due to the increased production of progesterone. Progesterone is known to cause you to become sleepy as well as a natural depressant for the nervous system.

Another reason that can be attributed to fatigue during early pregnancy is because of all the extreme emotions that occur when a woman is pregnant. It is quite common for a pregnant woman to start crying to no other reason than a surge of hormones in her body.

Extreme fatigue is also a cue for a pregnant woman to get as much sleep as possible, before the arrival of the new baby. The body needs to be well rested for the upcoming labor and birth. As well, it is quite common for a new mother to get very little sleep after the new baby arrives.

If you are suffering from early signs of morning sickness, this can also contribute to fatigue during early pregnancy. Nausea and even vomiting can make a person feel extremely run down and exhausted.

In most instances, the extreme fatigue will only last a short while. While each case is different, most pregnant women begin to start feeling better by the second trimester. Unfortunately this feeling won’t last the remainder of the pregnancy. Around the seven month you will begin to start feeling run down and worn out again. This is simply because you are carrying around a lot more weight than what you are used to, as well as having your sleep interrupted by aches and pains, a moving baby, heartburn and frequent trips to the bathroom.

There are a variety of different things you can do to help your body cope with all of the changes that are going on. One of the first things you can do is go to bed earlier than normal. As well, try to take a short nap during the day. Even if you can only get a quick 15 minute nap in, it will rejuvenate you enough to make it through the rest of the day.
You will also want to try to minimize your social and household commitments. If you work outside of the home, you may want to consider cutting your hours back. If possible, take a vacation or sick day during the middle of the week to help build up your energy. Proper diet is also essential to help build up your energy. As well moderate exercise will help you to feel better.

If you are still feeling run down into your second trimester, you may want to consult your physician. Although there are cases where women feel run down throughout their entire pregnancy, you will want to rule out other reasons for your feeling exhausted such as depression. Before you know it, your pregnancy will be over and you will be enjoying your new bundle of joy.

What to Really Expect When You Are Expecting
Acupressure for Relieving Pregnancy and Labor Disc...
Pregnancy Leg Cramps
Cellulite and Pregnancy
TagsPregnancy