More4kids
Add Comment
The advice on caffeine in pregnancy varies depending on the source. Some books and articles will tell you that a small amount of caffeine is fine, while others recommend skipping it altogether. With advice differing, it can be difficult to know what to do...
by Patricia Hughes 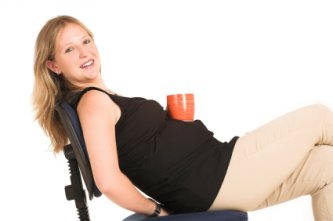 The advice on caffeine in pregnancy varies depending on the source. Some books and articles will tell you that a small amount of caffeine is fine, while others recommend skipping it altogether. The same is true among health care professionals. Some say a limited amount of caffeine is not dangerous, while others say to eliminate it entirely. With advice differing, it can be difficult to know what to do.
The issue becomes even more confusing because studies of caffeine use in pregnancy are not consistent. An FDA study in the late 1980s showed that caffeine consumption had an impact on miscarriage rates. The study was later refuted due to the fact that rats were used in the study. Later studies on humans were criticized because they failed to control for other contributing factors such as tobacco and alcohol use.
Later studies, such as one conducted at Yale-New Haven Hospital, did control for factors including the use of caffeine and tobacco. This study did show a correlation between low birth weight and caffeine use. The women with no exposure to caffeine had a 1.4% incidence of low birth weight. The group with moderate use, less than 300 mg per day, had a 2.3% incidence of low birth weight. With an intake of over 300 mg per day, the rate of low birth weight climbed to 4.6%. Here is the url for more information: http://aje.oxfordjournals.org/cgi/content/abstract/126/5/813. The best outcome was with the mothers that completely avoided caffeine.
What most researchers agree about is that caffeine is not good in high doses. Researchers agree that large quantities of caffeine, such as doses higher than three to six cups per day have negative effects on the baby. The most common problems associated with caffeine use are low birth weight and miscarriage. When caffeine use is combined with a cigarette, this risk becomes even higher.
The March of Dimes has a handy chart that lists the amount of caffeine in common foods and beverages. This chart makes deciding what to enjoy and what to avoid much easier.
When deciding to limit caffeine, don’t just cut out your coffee. Keep in mind that caffeine is present in other foods and beverages. If you keep your cup of coffee in the morning, be sure you aren’t getting too much from other sources throughout the day. Caffeine is present in sodas, tea, cocoa, candy and even some medications. It’s important to include all sources when making an attempt to limit caffeine.
Weaning off Caffeine
If you have decided that you feel more comfortable eliminating caffeine from your diet, you may not want to stop cold turkey. This is especially true if you have a high intake of caffeine from several sources. If you stop all caffeine abruptly, you can experience side effects, such as migraine type headaches.
Start by eliminating a good portion of caffeine from your diet, but not all at once. Limit your intake at first to two cups of caffeinated beverages during the day. This may be two cups of coffee or a cup of coffee in the morning and iced tea later in the day. When you have adjusted to this, you can cut out one of these two servings. After a few days to a week, eliminate the last cup. This gradual reduction will help prevent headaches associated with caffeine withdrawal.
As always, before chaning your diet or lifestyle while pregnant make sure to consult with your health care profession. There is nothing more important than the little life inside of you.
Biography
Patricia Hughes is a freelance writer and mother of four. Patricia has a Bachelor’s Degree in Elementary Education from Florida Atlantic University. She has written extensively on pregnancy, childbirth, parenting and breastfeeding. In addition, she has written about home décor and travel.
No part of this article may be copied or reproduced in any form without the express permission of More4Kids Inc © 2007 All Rights Reserved

Pregnancy and Asthma
Common Pregnancy Concerns
A Guide to Amniocentesis
Pregnancy Weight Gain: Am I Eating for 2?
Tagspregnancy and caffeine pregnancy health