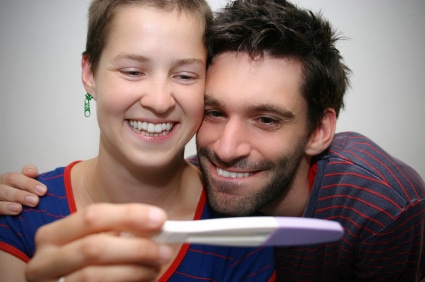 Julie
Add Comment
The purpose of most pregnancy tests is to assess the risk of certain birth defects. Here are a few tests that are done during the first 12 weeks...

Congratulations you are pregnant! The next nine months are going to be incredibly exciting for you. I am sure that you have heard the stories from other people you know about the weight gain, cravings and morning sickness. What no one ever tells you about are all tests the doctor is going to want to do on you while you are pregnant. When you first hear them talk about the tests the initial reaction is, “Why would I want to have that done?” Then they answer that question and your mind if overloaded with information and concern. The goal is not to worry or upset you. To help offset that anxiety I am going to go over the most common tests performed and tell you what to expect so that you are prepared when your doctor starts talking about them.

The best way to take a look at the various tests is to go through each trimester, so that you not only know what the tests are but you know when to expect them. In your first trimester the test will be a combination of blood tests and fetal ultrasounds. The purpose of most of the screening is to assess the risk of certain birth defects. The following tests are done during the first 12 weeks:

Understand that the multiple marker screenings are not diagnostic tools, which means that they are not 100% accurate. The purpose of these tests is to determine if you are in need of additional testing during your pregnancy. When you combine the first trimester with the second trimester testing there is a greater possibility of the doctors being able to detect any abnormality with the baby.

There are other tests that are done during your second trimester if you want them done. One of which is the amniocentesis. This is a test where they sample a very small amount of amniotic fluid that surrounds the fetus. They do this by inserting a long thin needle through your abdomen into the amniotic sac. There is also the CVS test, which is the chorionic villus sampling. This test is also optional and it involves taking a sample of some of the placental tissue.

A test that all pregnant women have is the glucose tolerance test, which is performed during the 24 – 28 week of pregnancy. If there is an abnormal amount of glucose in the blood it could signal gestational diabetes. You will also undergo a Group B Strep culture. This is a bacteria found in the lower genital area and approximately 25% of all women carry this bacteria. While it causes no problem to the mother, it can be fatal to the baby. This means that if you test positive you will be put on antibiotics from the time labor starts until after baby is delivered.

I didn’t cover ultrasounds because everyone knows about ultrasounds and they are exciting and fun!

Biography
Jennifer Shakeel is a writer and former nurse with over 12 years medical experience.  As a mother of two incredible children with one on the way, I am here to share with you what I have learned about parenting and the joys and changes that take place during pregnancy. Together we can laugh and cry and rejoice in the fact that we are moms!