Julie
Add Comment
Fetal Growth and Air Pollutants, is there a connection? There is mounting evidence from studies conducted around the country that exposure to air pollutants during pregnancy is associated with increased risk of complications.

Pollutants in the air are something many people worry about, and in some areas of the country this information is reported on the evening news. It turns out, this fear is not unfounded. There is mounting evidence from studies conducted around the country that exposure to air pollutants during pregnancy is associated with increased risk of complications, negative outcomes at birth and problems throughout infancy and early childhood.

Several studies have looked at particulate and nitrous oxide emissions from vehicle exhaust and the effect of this exposure on the developing fetus. Most pregnant women are exposed to some level of fumes from vehicles, but the level varies throughout the country.

A new study published in the Journal of Epidemiology and Community Health suggests that fetal growth may be slowed by exposure to air pollution, resulting in low birth weight and smaller head circumference. The study gathered data on over 400,000 pregnant women in the state of New Jersey from 1999 through 2003.

The results showed an increased risk of low birth weight baby with higher levels of nitrogen dioxide and particulate matter. The study showed a higher risk among low income women, who were more likely to live in congested areas with heavy traffic congestion and the related air pollution. Researchers found a higher correlation between air pollution and birth weight when an increase in exposure to pollution occurred in early and late pregnancy.

A separate study showed negative effects on the IQ in children with exposure to air pollution in the womb. This study was conducted by the Columbia Center for Children’s Environmental Health at Columbia University and published in the journal Pediatrics.

The study focused on women in Harlem and the Bronx. These areas were chosen because they are known to have heavy pollution from traffic. As in previous studies, women living in areas with high levels of pollution were found to be most at risk. These areas are generally located in the inner city areas of major cities throughout the country, including New York City.

For this study, the women carried portable air monitors throughout the study, which gathered data on the exact level of air pollutants in the mother’s environment. This method allowed researchers more accurate data about air pollution exposure levels throughout the pregnancy, compared with estimating the actual level.

The Columbia researchers gathered data on the level of air pollution throughout the pregnancy of each study participant. When the children were five years of age, they were given IQ tests. The children with high levels of prenatal exposure to air pollutants had an average IQ that was four or five points lower than in children exposed to lower levels of pollution.

A University of California study published in Environmental Health Perspectives studied the effect of air pollution on the fetus. This study was conducted on babies born between 1997 and 2006. Researchers found that women who were exposed to higher levels of air pollution during pregnancy were more likely to have a preterm birth. In addition, these women were found to be at higher risk of developing pre-eclampsia, a potentially serious complication of pregnancy for mother and baby.

This study used data collection sites to gather information about air pollution, similar to the New Jersey study, but constructed data collection centers within two miles of the study participants’ homes. This was done to gather more accurate data about exposure without creating estimates, which are less reliable.

Although there have been several studies, there remain unanswered questions and opinions vary about how air pollution affects the baby. Some believe the exposure to air pollution could reduce oxygen and nutrients getting to the fetus. Reduced oxygen levels have been linked to problems such as low birth weight, lower IQ and preterm birth. Others believe exposure to pollution may alter cell activity in the fetus in some way. Further study will have to answer these questions and shed more light on the effect of air pollution on the fetus. 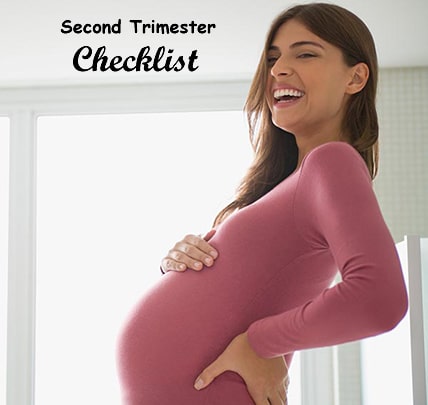