More4kids
Add Comment
When you are pregnant and preparing for baby, there are several things most parents do to get ready. However, many don’t spend any time at all preparing their marriage for the arrival of the baby. 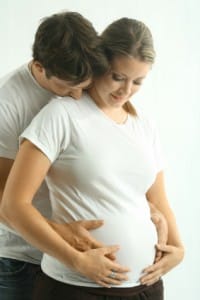 When you are pregnant and preparing for baby, there are several things most parents do to get ready. Expectant parents spend a lot of time preparing baby’s room, dealing with insurance, increasing or getting life insurance and taking parenting classes. However, many don’t spend any time at all preparing their marriage for the arrival of the baby.

Countless parents (if not all parents) will tell you their marriage changed dramatically after the birth of the baby. Many of these changes are good, but some are not. In some cases, the relationship gets neglected or there is not consensus in parenting decisions and responsibilities. This often breeds resentment.

In fact, for many couples, children aren’t cited high on the list in terms of marital fulfillment. A survey conducted by the Pew Center and reported in The Washington Post showed that children aren’t at the top of the list in terms of a successful marriage. Factors such as faithfulness, sex, household chore distribution and economic issues were listed ahead of having kids as a feature of a successful marriage.

There are a few things you can do to prepare your relationship for children and to avoid the pitfalls of adding parenthood to the dynamics of your relationship. One important step to take is to pay attention to each other. It is unbelievably easy to neglect each other once your day becomes about breastfeeding, diaper changes and getting baby to sleep. It takes concentrated effort to stay connected to each other.

One way many couples deal with this is to set regular date nights. The frequency can vary from once a week to once a month, but it’s important to spend time away from the baby and focused on each other. While you are still pregnant and don’t have to line up a babysitter, start the tradition of regular date nights. It will be easier to continue it after the baby is born.

Since issues such as chore distribution and economic factors rank high on the list of marital satisfaction, pay attention to these areas. In terms of chore distribution, it is common for mom and dad to be at odds. In some cases, the husband feels that since his wife is home all day, it is her job. This isn’t entirely realistic with a newborn in the house.

In other cases, the woman works during the pregnancy and returns to work after the baby is born. Surveys have repeatedly shown that women continue to do the lion’s share of the housework, even when they work full time. This may be the result of patterns from families of origin being repeated in the marriage. Both situations can breed resentment in the wife.

You can avoid this pitfall by discussing chore distribution before the baby is born. Be honest about your expectations and come up with a schedule that is agreeable to both partners. Having these details ironed out in advance is the best way to avoid one spouse feeling angry and resentful later.

Do the same with economic issues, parenting philosophies and other hot button issues. Spend time discussing the finances and how they will change after the baby is born. Create a budget and determine how money will be spent together. If you have different ideas about infant care, spend time reading and talking about it while you are still pregnant. This can avoid dissatisfaction and disagreements later.

Postpartum Depression: Signs and Symptoms
Changes in the Fifth Month of Pregnancy
Pregnancy Symptoms: The Early Signs of Pregnancy
How to Create a Pregnancy Birth Plan
TagsBaby marriage Pregnancy