More4kids
Add Comment
In days past it would often take weeks to get the results of a pregnancy test, after a visit to your doctor. Today, when you start to experience some of the early signs of pregnancy, you can have the answer in minutes. 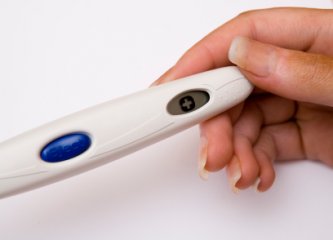 In days past it would often take weeks to get the results of a pregnancy test, after a visit to your doctor. Today, when you start to experience some of the [tag-cat]early signs of pregnancy[/tag-cat], you can have the answer in minutes.

Home pregnancy tests work much the same way as those carried out by professional labs. Both test for the presence and level of a hormone called hCG (Human Chorionic Gonadotropin) in blood or urine. Blood samples are considered more reliable, but certainly less pleasant, particularly for home tests. Most of them test urine.

Two criteria chiefly determine the worth of a home pregnancy test: readability and sensitivity.

Readability is partly a subjective issue, though some tests are definitely easier to interpret than others. Some show you a number, others match a color strip against a stated result. Many these days just say 'Pregnant' or 'Not Pregnant' in some form. Which you choose depends largely on personal taste.

The time to get a result is no longer a factor. In fact, if you wait too long to read the results the indicator becomes unreliable. Also, contemporary over-the-counter products from any major manufacturer are reliable. False negatives and false positives aren't completely absent, but they affect fewer than 5% of cases.

One major component of that reliability score lies as much in the two criteria as in the quality of the test. As tests have become more and more sensitive, the level of false positives has a tendency to go up. For example, women who have recently given birth or miscarried may have elevated levels of [tag-icd]hCG[/tag-ice] present even when they are not pregnant. Certain medications can increase the level as well.

As a result, tests which measure low levels can give a misleading result. Keep in mind that no HPT (Home Pregnancy Test) measures pregnancy directly. The only way to do that is to actually examine the implantation of the fertilized egg into the womb, a procedure that (so far) can't be carried out at home. So, an indicator is measured as a proxy and that indicator can be high for other reasons, such as those above.

Some HPTs can measure hCG levels as low as 25 mIU/ml (milli International Units per milliliter). The abbreviated unit after the number is complicated, but not important to the home consumer. Just look at the sensitivity rating of the test and compare. In order to reduce false positives, tests can be designed not to give a 'Pregnant' indication until higher levels are reached. Many measure levels at 50 mIU/ml or even at or above 100 mIU/ml.

But raising those levels to be less sensitive means introducing two potential problems.

One, if the test detects hCG only at higher levels, you have to be pregnant longer before the body builds up to that level. That reduces the value of a home test, many of which are labeled EPT (EARLY Pregnancy Test) for a reason. The other potential problem is closely related. It can introduce false negatives, you really are pregnant, but the test tells you that you're not.

For most women, these issues are not major. A home [tag-tec]pregnancy test[/tag-tec] is a great convenience, but once you get a positive result it should be followed up with another from your physician. Also, many HPTs come with multiple strips. Test once, then test again a week later. If you get the same result, the odds are much higher that the test is valid.

Follow the instructions carefully and you can be confident that the test is telling you the truth, in 95% or more of cases. Those are pretty good odds, all things considered.